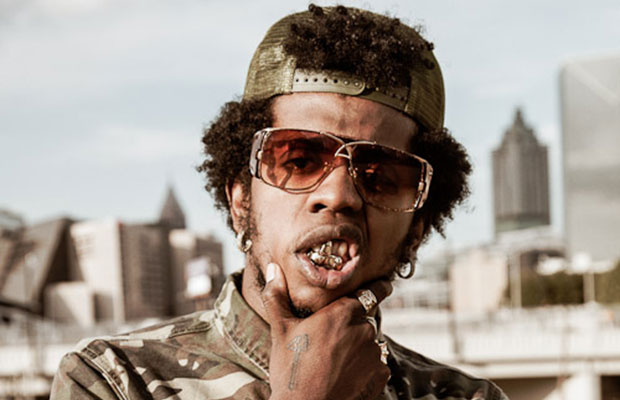 It’s no question that the Southern region is dominating the realm of rap right now. And Atlanta is at the center of southern cities making major noise and dictating the sound that rappers embrace these days.

But ATLien Trinidad James has no intentions of allowing that to go unnoticed by anyone who wasn’t aware, especially those in New York City. At Converse’s CONS Holiday 2013 event in New York City, James talked about how the area’s rappers are failing to create their own lane in music these days, but are instead following the lead of Atlanta.

I remember when New York ran this sh*t, dog. When Dipset was f*cking turned the f*ck up! We were in Atlanta like, “Oh my God, I have to wear my bandana on tilt like Juelz.” What the f*ck happened, dog? Us in the South, us ‘bammas, we just did our own thing. But now we run y’all, musically. That’s crazy!”

“I’m not trying to start nothing, but if you want to do something we can do something because I don’t give a f*ck. I’m just being honest with you. I looked up to New York music. But now every n*gga that’s really popping out of New York, you might as well say he’s from Atlanta. He’s from Atlanta. Y’all got n*ggas that interview that are more popping than n*ggas that are rapping.”

His comments offended NY rappers like Maino, while other east coast spitters such as Troy Ave agreed with James. And there was an uproar of tweets condemning him for his statements.

On DJ Holidays’ Holiday Season Live, James finally took time out to explain his comments, the flack he’s received for them, his upcoming album, and more. Check it out below.