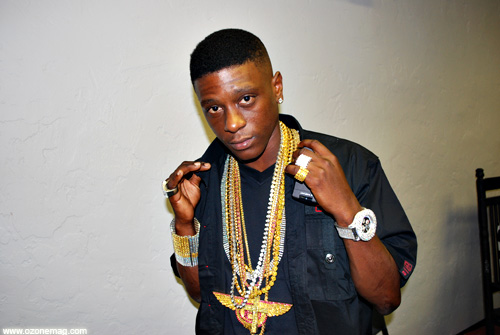 After years of speculation, the release date for Southern rap legend Lil Boosie is finally concrete: August 18, 2014. The Louisiana Department of Public Safety and Corrections recently listed the release date.

Although the rapper’s plans upon release aren’t known as of yet, it’s safe to presume that he’ll have a hefty amount of fans salivating for new music.  And another thing that’s certain is Boosie will remain under the scope of law enforcement. According to New Orleans-based newspaper The Times-Picayune, he will remain under close supervision through June 17, 2018.

Nevertheless, it’ll be good to see him home and hear what new sounds he has to contribute to the rap game. He’s been on “vacation” since 2009, which is when he pleaded guilty to a third-offense marijuana possession charge. It was also determined that he violated probation that year; he was sentenced to four years in prison. His sentencing, however, would be extended in 2011 after Boosie was busted trying to smuggle codeine into the Louisiana State Penitentiary at Angola. He ended up pleading guilty to the offense and had eight years added to his sentence. On the contrary, in May 2012, Boosie was acquitted in the 2009 murder of Terry Boyd and avoided having a life sentence added to his aforementioned charges.

Hopefully, when he touches the pavement as a free man, Boosie will steer clear of the foolishness and give his fans what they so rightfully deserve: great music.