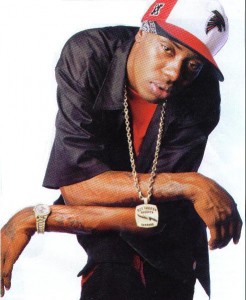 New Orleans street legend Soulja Slim was a giant both lyrically and physically. Standing 6’5, he was known for his lanky figure, tattoos, and gold grill. But he was even more popular for his raw, descriptive lyrics, straight-forward delivery, and heavy New Orleans drawl.

I became aware of Slim during his days with No Limit Records. He signed with the label during its glory years and released the albums Give It 2 ‘Em Raw and The Streets Made Me; both projects were audio biographies of his action-packed lifestyle. After those releases, he left the label, launched his imprint Cut Throat Committee, and released several more projects.

Unfortunately, Slim was murdered on Thanksgiving Eve, November 26, 2003. He was shot three times in the face and once in the chest, as he stood in the front lawn of his mother’s home. I really didn’t do my homework on Slim until a couple years after he was murdered. When I did, I was impressed by the fact that his early musical content all the way up to the songs he created before he passed all centered on his life in one form or another. By stating that, I’m not glorifying or applauding the lifestyle that Slim rapped about. I’m simply highlighting the fact that there was a solemn consistency in the music that he made.

I decided to highlight six of my favorite songs by Soulja Slim. Peep them out below.