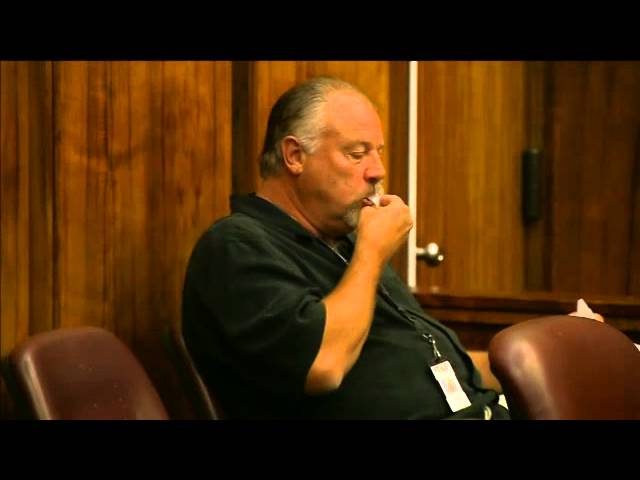 On Friday, March 14th, Masten was ordered by Miami Judge Victoria Brennan to provide information that the local division of Crime Stoppers received regarding a cocaine possession case to a defense attorney. The attorney didn’t want to know the tipster’s identity but simply the information the person provided in relation to the case, according to CBS Miami.

Masten, however, refused to turn the paper over and instead chewed it up. He was held in contempt of court, arrested, and fined for the action. He initially faced a maximum penalty of two years in jail for the offense but received a lighter sentence yesterday (March 20th) of probation. He has also been ordered to write a report on anonymous tip laws.

Masten said he did the act to limit the chances of the tipster’s identity being publicized. He also sought to protect the integrity of Crime Stoppers, an organization that has divisions across the globe, and guarantees tipsters anonymity when they provide information.

The abnormal occurrence made it on the radar of Buddy Chapman, the executive director for Crime Stoppers of Memphis and Shelby County. Chapman said he doesn’t think Masten’s actions were irrational.

“I think he was trying to make a point,” Chapman said. “I’m assuming that he didn’t have anything on that paper that would have identified the caller. I say that that information on the case. I think it’s ridiculous that we’re asked to provide it. I think it’s a fishing expedition on the part of the defense attorneys. I don’t have any real big heartburn about providing the time and date the call came in, nor I do I think that’s anything that I’d have to eat, but I do think he was probably making a point, and I do applaud him for that.”

Chapman said members of the local Crime Stoppers staff are frequently subpoenaed to court but are only able to divulge the time and date they received a tip and what the tip provider said.

“I understand that defense attorneys have got to mount the best defense for their crime, but if you really think about it, a tip is not proof of anything,” Chapman said. “It’s simply information passed on, which then has to be investigated and verified to be of any use for anything. It really gives police a starting point in most cases.”

Check out my cover story on the local Crime Stoppers division here.