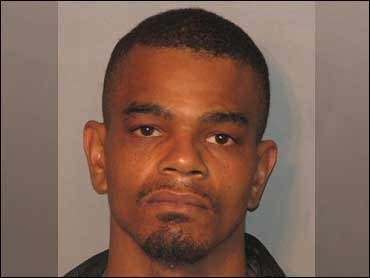 Aside from blues and good barbecue, Memphis is also known for its reputation as a crime-ridden city. And A&E’s The First 48 brought more exposure to this perception by profiling numerous homicides in the city over a three-year period.

From 2005 to 2008, the reality television series, which follows homicide investigators as they solve cases within the first 48 hours of their occurance, filmed episodes in Memphis. Filming was brought to a halt, however, when some Memphis City Council members and former Mayor Willie Herenton deemed the show to be detrimental to the city’s image. The show subsequently ceased filming in the Bluff City.

In 2008, The Memphis Flyer featured a story on the show’s suspension and potential culmination of filming locally with the article “The Last 48?” by Bianca Phillips. City Councilwoman Wanda Halbert was among those quoted in the article and in opposition of the show.

Nearly six years later, Halbert reflects back on The First 48‘s presence in Memphis and how she thinks it negatively impacted the city.

“I was pretty much instrumental in talking directly to Mayor Herenton at the time and advocated for us to stop being featured, because it was showing Memphis in such a negative light,” Halbert said.

The notorious Lester Street massacre was among the local homicide cases profiled on the show. In March 2008, Jessie Dotson killed his brother, his brother’s girlfriend, two adult friends, and two of his young nephews (ages 2 and 4). He also beat and stabbed his infant niece and two more of his toddler nephews during the occurrence.

Although he was charged with the murders, Halbert said the show potentially interfered with Dotson’s prosecution. In the airing of After The First 48, which showcases the verdict and sentencing of trials featured on the show, Dotson said he was coerced to admit to the slayings by local law enforcement.

“In court, he specifically said ‘Listen to the whole tape,’ and The First 48 then turned around and said, ‘What you didn’t see on TV, we discarded it.’ Well, how do you allow some of the footage in the courtroom, when all of it is not available?” Halbert inquired. “That could potentially become a legal loophole.”

Despite the high ratings from the Memphis episodes of The First 48, neither the families of victims, law enforcement, nor the local Crime Stoppers division received monetary compensation from the show. This is another thing that didn’t sit well with Halbert and others and motivated Memphis’ exit.

“We were trying to figure out what was the benefit that Memphis was getting,” Halbert said. “That television show was receiving high ratings and at the same time, Memphis was receiving repeatedly negative views by the viewing audience. People were afraid to come to our city.”

The show only filmed in Memphis for three seasons, but people can still catch reruns of episodes on A&E. This has left a sour taste in Halbert’s mouth.

“I wish there was a way that we could stop the repeated episodes, because Memphis is not unlike any other major metropolitan city,” Halbert said. “It does have crime. It does have a lot of challenges, but that doesn’t mean our city as a whole is bad and we’re not worthy of visitors being welcomed and feeling safe.”