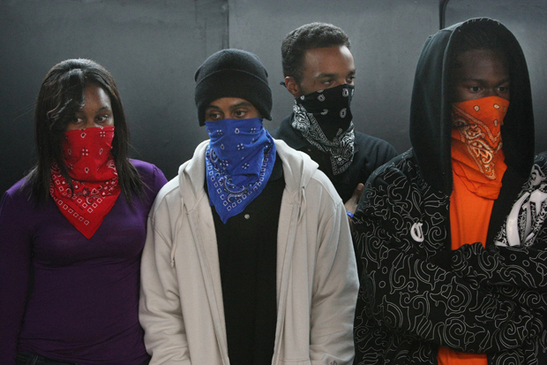 From the mob of teens that beat down three people at the Poplar Plaza Kroger to the woman who was shot by her ex-boyfriend in the Colonial Target parking lot, gangs and domestic violence have been making headlines lately.

But two grants awarded by the U.S. Department of Justice (DOJ), which collectively exceed $1 million, will be used to combat both of the aforementioned issues.

In a DOJ press release, Edward Stanton, United States Attorney for the Western District of Tennessee, disclosed on Wednesday, September 10th, that the City of Memphis had been awarded the “Grant to Encourage Arrest Policies and Enforcement of Protection Orders.” Totaling $900,000, the grant will help enforce protection orders and protect victims of sexual assault and domestic violence.

The City of Memphis, along with the Shelby County Rape Crisis Center, will collaboratively use the grant to “improve post-testing requirements for victim notifications, investigations, and prosecution of increased sexual assault cases resulting from the processing of the backlog of sexual assault kits,” according to the press release.

The city also received a $148,885 “Project Safe Neighborhoods Grant,” which will be used to reduce gang and gun violence locally. In collaboration with the Project Safe Neighborhoods (PSN) task force, a collective comprised of federal, state, and local law enforcement committed to lowering violent crime, the city will use the grant to “expand its data analysis and tracking capabilities, in order to ensure more efficient and targeted law enforcement efforts against gang and gun violence.”

“Events of recent weeks have served as a tragic reminder of the need to protect victims of domestic violence and hold accountable those who commit violent crimes,” Stanton said in a statement. “The new $900,000 grant from the DOJ Office on Violence Against Women will help local authorities process the backlog in sexual assault kits and prosecute those who commit such heinous acts to the fullest extent the law allows. And the Project Safe Neighborhoods grant will bolster our ongoing efforts to track down and bring to justice those who illegally possess and use firearms. Together, these grants total over a million dollars, and they underscore the Department of Justice’s commitment to keeping our citizens safe and protecting victims — especially victims of domestic violence.”