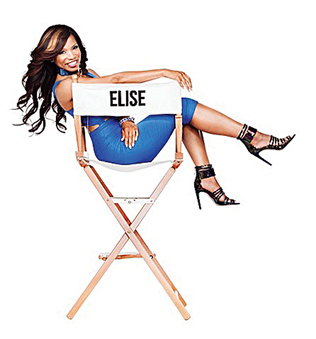 The series will give an exclusive look into Neal’s life and the lives of four other African-American actresses — Golden Brooks, Paula Jai Parker, Countess Vaughn, and Lisa Wu. While on the show, the women will be working on an independent film and attempting to keep their acting careers afloat.

Neal was born in Memphis and graduated from Overton High School in 1988 before leaving the city to pursue a career in the entertainment industry. Also a dancer and choreographer, Neal got her big break in musicals and commercials. That later led to appearances in sitcoms and television series such as Law & Order, The Hughleys, My Manny, CSI, and Scandal. She’s also starred in various films including Scream 2, Rosewood, Money Talks, and the Oscar-nominated Craig Brewer film Hustle and Flow.

Neal talked to me about Hollywood Divas, how she’s witnessed the entertainment industry change over the years, and her collaboration with St. Jude Children’s Research Hospital.
What motivated you to join the cast of Hollywood Divas?

I think that people get a misperception of actors. They always think we are the characters that we play. Being able to be part of a show that will let people see my real personality was very appealing to me. I’m hoping my fans get to understand [and] get to know me a little bit better. Another thing I like about the show is it’s individualized. You have different women with different experiences in entertainment.

How has the entertainment industry changed since you jumped into it years ago?

When I started, it was all about the work. It was, ‘Do great work, and then great jobs [and] opportunities will come to you.’ Look at today with all of the social media. It’s like, ‘What did you eat for lunch? What did you wear when you were on the carpet?’ Wearing the right thing on the carpet can enhance your career. That was not what it was many years ago.

You’re also a celebrity liaison for St. Jude. How did you get involved?

About three years ago, the hospital [sent] me a formal letter and asked me to be a celebrity ambassador and help be a liaison between the African-American community — to help bring in more African-American celebrities. I jumped on it. I was so proud that they recognized that I was from Memphis and reached out. I love working with St. Jude. It’s been an honor and so much joy to be there and talk to the children and just have fun and play games with them.

Aside from Hollywood Divas, what’s next for you?

A short film from the Fright Night Files [a horror movie divided into three separate tales]. It’s going to be on TV One for Halloween. I play this character, Coffee Black, in Pillow Talk 187. I loved [the character] because it really gives me a chance to show everything that I do. She’s a sexy, popular nighttime DJ who has a dark secret. You get to see so many of my acting layers come out in this part. That’s October 18th on TV One.