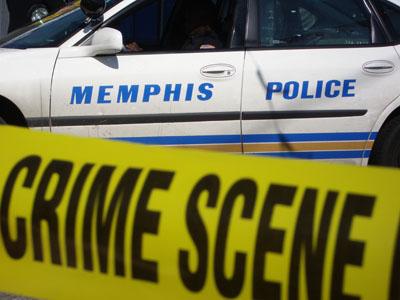 Homicides are up, residential and business burglaries are down, and the amount of forcible rapes in Memphis is neck and neck with last year.

Nevertheless, serious crime in Memphis as a whole has declined slightly. And the Memphis Police Department (MPD) anticipates this trend will continue on into the New Year.

In 2014, through December 15th, there were 45,914 part one crimes committed in the Bluff City, according to MPD data. Part one crimes include offenses like murder, forcible rape, aggravated assault, burglary, robbery, automobile theft, and larceny.

However, if you look at the number of part one crimes committed in the city in 2006, through December 15th, it’s evident that crime has experienced a significant drop.

In 2006, the year Memphis’ metropolitan area was ranked as having the second-highest rate of violent crimes in the U.S., there were 65,783 part one crimes. Since then, the number of serious crimes committed in Memphis has decreased more than 30 percent.

But crime still remains an issue in Memphis. According to MPD data, this year, through December 15th, the number of homicides, automobile thefts, and robberies of individuals and businesses has increased. But burglaries of both residences and businesses, and larceny and aggravated assault as a whole have slightly declined.

In 2013, over the same time frame, there were 14, seven of which were fatal. And in 2012, there were also 14 shootings involving MPD officers, in which six were fatal.

The MPD’s efforts to combat crime were impacted in July, when more than 500 Memphis police officers called in sick to protest the Memphis City Council’s vote to cut health-care benefits of current and retired city employees. At press time, there was no data to show the impact, if any, the absence had on local crime stats.

Looking forward into 2015, the MPD says it’s determined to continue lowering crime through community interaction and policing, as well as by utilizing various crime reduction initiatives such as the Community Outreach Program and Blue Crush.

“We will continue to be enthusiastic and committed to fighting crime utilizing all of our resources and technology,” said MPD Sergeant Alyssa Macon-Moore. “We want to build an even stronger relationship with citizens of this great city.”