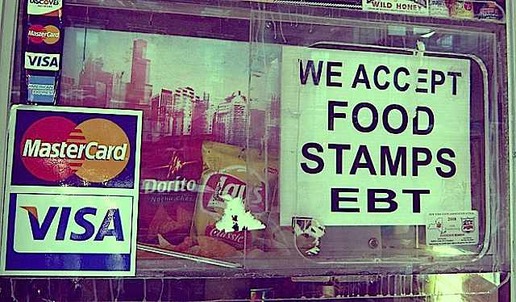 Huffington Post – Food stamp enrollment is expected to fall by 1 million next year thanks to harsher rules, according to a new report by a liberal Washington, D.C., think tank.

The Center on Budget and Policy Priorities estimates that falling unemployment rates will cause states to lose an exemption they currently have for food stamp recipients. Instead, a three-month federal time limit on nutrition assistance for unemployed adults who don’t have dependents or disabilities will kick in again.

Enrollment in the Supplemental Nutrition Assistance Program (the formal name for food stamps) has been dropping since late 2013 mainly because the economy has been getting better. After this year, states will have to reimpose requirements that able-bodied childless adults enroll in job training or work 20 hours per week if they want more than three months of food stamps.

The CBPP’s Ed Bolen said he expects the requirement to accelerate a decline in enrollment that has been driven so far by people getting jobs and earning too much money to qualify for assistance. People who are unable to find jobs will be out of luck, since few states offer training or workfare programs that meet the requirements.

“It is going to be an additional number of people losing benefits in 2016, even with normal caseload dynamics,” Bolen said.

Enrollment stood at 46.5 million in September 2014, according to the most recent government data, down from 47.3 million the previous year.

Thanks to the lingering effects of the Great Recession, for the past several years most states have received waivers from the time limit, which was first imposed with the 1996 welfare reform law. With unemployment now down to 5.8 percent and falling, however, the waivers will disappear from the 40 states where they’re still in effect.

Congressional Republicans sought unsuccessfully to kill the waivers sooner, but food stamp legislation approved last year came with more modest restrictions on beneficiaries. Yet several states, including Kansas, Ohio and Oklahoma, reimposed the three-month time limit ahead of schedule, resulting in a sharp drop in local caseloads, according to Bolen’s calculations.

“The loss of benefits will likely increase hardship for these 1 million unemployed Americans who rely upon SNAP to meet their basic nutritional needs,” Bolen wrote on the CBPP’s website. “With Congress unlikely to act, states need to begin planning for the reduction to ensure that clients and the many organizations and SNAP stakeholders that work with them are aware of the upcoming change and its effects.”