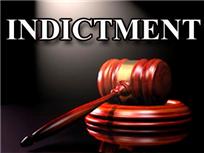 Thirteen residents of Dyer County have been indicted on federal drug trafficking violations.

Nine of the 13 suspects were located and arrested earlier today. Another three were already in custody. One individual identified in the indictment remains free.

During the round-up, illicit narcotics, firearms, drug paraphernalia and money were seized by law enforcement.

According to the U.S. Attorney’s office, the charges in the indictments stem from the selling, manufacturing, and distributing of powder cocaine, crack cocaine, and marijuana, as well as the unlawful possession of ammunition by convicted felons.

“These individuals are charged with serious drug crimes, and the consequences they face if convicted are also serious,” said U.S. Attorney Edward Stanton in a statement. “Illegal drug trafficking and the violence that often accompanies it are a plague upon our communities. My office will vigorously pursue any and all involved in these illegal activities.”

The case was investigated by members of the FBI’s Memphis Safe Streets Task Force (ME SSTF). The ME SSTF is comprised of agents from the FBI Memphis Division’s Jackson Resident Agency, the Dyer County Sheriff’s Department, and the Dyersburg, Jackson, and Lexington police departments.