Before Drake, Max B was the one who decided to combine singing with rapping, and still managed to be embraced by countless listeners from all walks of life. A large portion of his relatively-underground success is attributable to the unique production he used for his tracks. Two producers were responsible for that melodic, soulfully-street sound that Max B harmoniously delivered lines over: Dame Grease and Young Los. The latter of the two producers crafted the instrumentals to Max B classics like “Blow Me A Dub,” “Ready 2 Ride,” and “Picture Me Rollin.”

Largely known for his work with Wavy Crockett, Young Los flew under the radar subsequent to the Harlem spitter’s incarceration. But he’s still enjoying a fairly-prosperous career. Los is responsible for producing the track “Hey My Guy” off of French Montana’s debut album Excuse My French. And one of Curren$y’s dopest (and possibly shortest) songs, “Sixteen Switches Part 2,” was crafted by him.

The Columbus, Ohio, native took time out to speak about how he got his start producing, what brought forth the organic musical chemistry he shared with Max B, and what projects he’s currently working on.

How long have you been producing? And how’d you get into it?

I’ve been producing for about eight years now. I’m just musically-inclined. It began as a hobby, and just being around music and being a fan of music first. And picking up on the sounds and everything, and wanting to create. It turned from a hobby into a job.

When did producing officially go from a hobby to an actual profession for you?

How’d you link up with them?

I had a manager at the time who was real close to some people in Byrd Gang. I was just submitting tracks back then. One of them fell into Jim Jones’ hands, and they took it and did the thing with it. 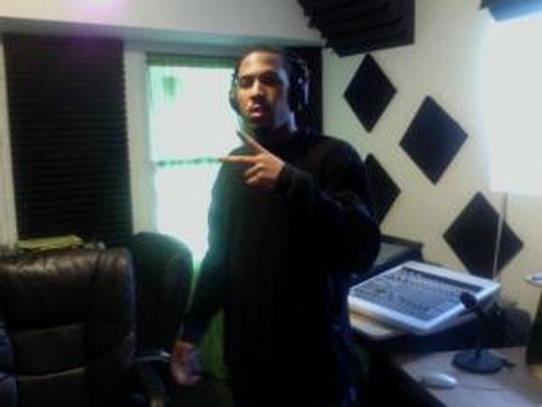 What exactly inspired your style of production?

I was a big fan of the 90s era—Death Row, Bad Boy, and all of that. I was a big fan of Tupac and Biggie. Dr. Dre. DJ Quik. Heavy on them man. I still listen to them to this day. Snoop Dogg. I could keep going. That’s the sound that I love. I liked Master P’s sound back in the day when he had KLC (Beats by the Pound) on the board. I listen to Scarface and the Geto Boys. They had hard beats back in the day. The Alchemist of course. Alotta cats, man.
_

A large percentage of hip-hop producers today possess a sound that’s more southern-influenced. Considering that, have you had to alter your sound any?

I always try to cater myself with a few different styles, man. And I switch up from time to time where people don’t even know it’s me, but it’s still my sound. I can switch from the samples, and then I go to the original using a lot of synthesizers and stuff like that. Just being a workaholic, and not trying to make anybody else’s sound; sticking to my own game plan.

You’re originally from Columbus, Ohio, so how did you link up with Max B?

It was after the ByrdGang situation. He was just working on Public Domain 3. Even though I had joints on the Public Domain 2 mixtape, I never really met Max at the time. It was more like I’d email beats and he would rap on them. I finally met Max around PD3, when me and [Dame] Grease was creating for him.

How did you guys develop such a dope chemistry that brought forth so many underground classics?

It was natural. Most of the time, I had beats already made and I would just come to Max. I’d either come to New York with the CD, or email him a gang of beats. It was like really natur
al. And when we got into the studio, it made things even bigger and better. It was all natural. It was organic.

What are some of your favorite mixtapes that you produced on by Max B?I’ll probably say Public Domain 3, Public Domain 6: Walking The Plank, and the Coke Wave joint with French Montana.

Quarantine was crazy. Man, that’s got to be my favorite, because it was so many memories with Quarantine. And it only took us a week to finish. It was great.

What was so memorable about that point and time?

He was fighting [his case], man. He was going through his situation, so it was like a party every night. We would kick it, make our music in the studio, and have a party at the penthouse that same night. Or do a show, and come back to the music. We were on it. That was a great time.

You’ve created some of his most memorable hits. Do you have a top five list of songs you’ve produced for Max?

I try not to, man, because we made so much. I like “Picture Me Rollin.” “Blow Me A Dub” of course. It’s so many hits. “I’m Wavy.” Countless joints. I don’t know which ones to put in the top five.

When you began to collaborate with Max, did you think the music you guys were creating would receive such a positive response?

Yeah. I knew it would. I knew we would take it there. I kind of felt it. It was a special feeling after making them tracks. Nobody was making music like that at the time. Nobody had that wave like Max B had it, so I already knew we were going to take it there.
_

When I think about Max B’s production, I think about you and Dame Grease. But you’re not in the public eye as much as Grease. Is that a personal decision?

I feel like my time is still coming. I’m still growing, learning, and experiencing. That’s all it’s about right now. I ain’t too crazy about the fame. I just want to get this cash and continue to grow. You know, the fame will come. Everything will come.

I sent him a gang of beats, and that’s one of the ones he sent back to me. It was like a snippet. I was lil’ bit puzzled, because I didn’t know what he was going to do with it. But that joint came out hot. I like that.

l always wondered why the hell the song was so short.

That’s how I sent him the beat. I sent it real short. I figured he was going to like it, but it was real loopy. It didn’t have many changes. It was just the sound.

What are some other songs that you’ve created for some notable artists?

I produced on French Montana’s album Excuse My French. This joint called “Hey My Guy” with Max B. It’s the bonus track on the Best Buy version of the album. And that’s one of my favorite beats, man. The beat is so hard. No samples. Straight original. 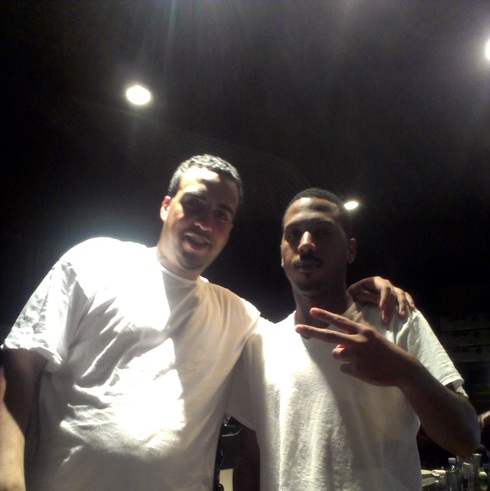 What do you have in the works right now?

Do you think you’ll ever find another artist that you can develop a similar chemistry with like you did with Max?

Yeah, man. It’s this new cat CB Smooth. And he’s working with me, Grease, and Zaytoven on his next couple of projects. His music is dope. We’ve got a good chemistry. You can expect that early 2014. And man, it’s so many other talents out there. I just want to get hands-on in the studio and start creating with these artists, so I can start putting out these compilations. It’s going to be a lot of sounds coming from me and these artists in early 2014.

Has Max B’s incarceration affected you? And do you still keep in contact with him?

Yeah, I still keep in contact with Max. I definitely try my best. Even if I don’t speak to him for a couple months or so, I just try to drop and say hello and send him a kite. His incarceration kind of altered my style a little bit, because it was so hard trying to maintain one sound, when that main guy is out the picture. It was kind of hard to keep that sound that people loved.

I can imagine it was. I don’t think every artist would sound right on those beats.

Naw, it’s got to be the right kind of artist, that’s why I’ve been trying to work with d
ifferent artists. I’ve just been trying different genres: hip-hop and R&B. Just working with different people. But I’ve learned that it’s hard for people to confront a beat like mines. Not everybody can sound the same, or to my liking, ya feel what I’m saying? It’s a different kind of sound, especially with Max. I don’t try to duplicate, because it can’t be done. It won’t be right.