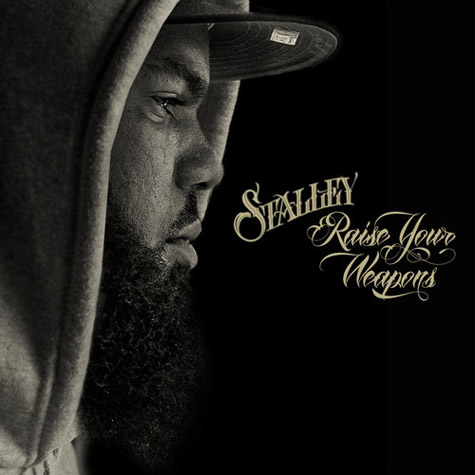 The response from fans was so positive that shortly after he released it for free, he dropped an EP version of it on iTunes. The project even received a nomination for “Mixtape of the Year” at the BET Hip-Hop Awards this past October.

Prepping the release of his highly-anticipated debut album on MMG’s imprint, Stalley has released a visual for the track “Raise Your Weapons” off Honest Cowboy. The video displays Stalley in a well-lit room while he spits heartfelt lines about his views on religion and the country’s economical dilemmas. There’s also clips of kids being taught about the Confederate flag in class; it’s set on fire shortly after. The struggle that minorities face regarding harassment from law enforcement is also conveyed in the video through the apprehension and subsequent release of a black man.

The song is one of my favorite tracks off Honest Cowboy, and it delivers a powerful message that needs to be heard; Stalley uses the song to be a voice for the struggling and confused youth across the globe. Check out the video below.