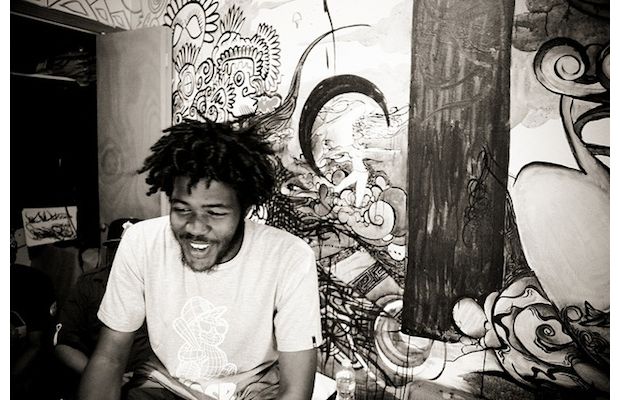 Today is the one-year anniversary of the passing of New York rap artist Capital STEEZ. A member of Pro Era, a hip-hop collective reminiscent to a youthful Wu-Tang Clan, STEEZ committed suicide on December 24th, 2012 after tweeting “The End” from his Twitter account.

Although he didn’t get a chance to enjoy a portion of the success that Pro Era counterparts like Joey Bada$$ is experiencing, STEEZ did leave behind a fairly concrete fanbase, unforgettable personality, and thoughtful music.

To celebrate his one-year anniversary, the Pro Era collective collaborated with KarmaloopTV and LRG to release a visual to STEEZ’s “47 Piiirates,” which features Dirty Sanchez. Check it out below.

Also: To check out an in-depth article about Capital STEEZ’s life leading up to his suicide, click here.