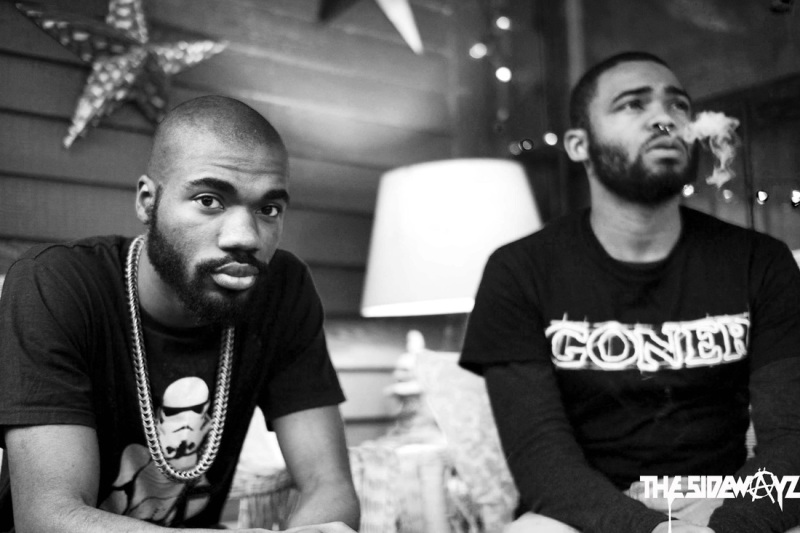 Eclectic hip-hop group The Sidewayz have vowed to never release another album. Instead, the duo plans to deliver EPs on a monthly basis for fans to enjoy.

The decision is a result of the group embracing their independence as well as their eagerness to refrain from conforming to the typical guidelines followed by artists.

“We decided that dropping a whole LP is not something that independent artists really should be doing these days,” Havi said. “We live in a time where everybody and their mama has ADD [attention-deficit disorder]. Nobody has the time for a large album. [And] unless you’re like Jay-Z or something, you don’t have the time or the money to be putting out a big ass album once a year and hoping that everybody pays attention to it. They’re going to digest three or four songs on it, and then something else is going to come out and your shit is going to be old news.”

The idea appears to be unprecedented in the Bluff City hip-hop community, so the group may be viewed as trendsetters in the near future. If nothing else, delivering new music on a consistent basis will help The Sidewayz develop a larger fan base.

The latest installment of the group’s monthly EP series is Life Or Death, a five-track project composed of raw lyricism over solid production. On the The Dark Knight-influenced song “Dead City,” the duo drops verses about an imaginary town and the economical dilemmas and moral challenges faced by its residents. “Dead City” is a metaphor for Memphis.

“This city has got so much history, but at the moment, it’s a lot of dead history that you’ve got to go brush off in books and actually go read it in a museum or something, because we don’t keep it alive here,” Havi said. “From the pyramid, which is about to turn into a fucking Bass Pro Shop or something, to Elvis. Who talks about Elvis unless it’s like Elvis week? Stax Museum. Man, it’s got a lot of history here, especially for the arts, but we can’t talk about it, because it’s not a living, breathing city.”

Other songs on the EP include the Reggae-inspired “Rude Boys,” the heartfelt “Hood Paradiso,” and “The Key,” which the group uses to reflect on their musical journey up to the present. Each song on Live Or Die boasts its own message and sound, but all tracks exhibit a sense of passion and hope shared by two up-and-coming artists pursuing their calling.

Despite being a hip-hop group hailing from South Memphis, The Sidewayz sites artists like Elvis Presley, The Rolling Stones, David Bowie, Kings of Leon, and The Killers as being musical inspirations when creating their projects. The duo use their unique influences to help distinguish themselves from other artists within the local hip-hop community. And they hope that their music motivates listeners to become more comfortable with embracing who they truly are.

“I just want people to do their own thing,” Sal said. “And with society, I feel like, people look down on you, if you don’t want to follow the path that’s been written for you. Nobody can do it the same no matter what it is. I just want to prove to people that you can be something, you can do something that’s different and make it with that, versus playing the safe route.”

The Sidewayz are prepping the release of their forthcoming EP Planet Kill Time, which will drop in February. They’re currently on an anti-venue “Face The Music” house party tour, and are preparing to launch their “Riding In Carz With Psychos” concert series.

“We’ve got enough friends with cool ass houses, so we’re going to rock some house parties and do some special guests DJing,” Havi said. “We just made this Facebook page called “Riding In Carz With Psychos” where we want to actually do concerts in people’s cars. We want people to sign up and try to organize where somebody picks us up and we rap in their cars, costumed-out on video, and we talk about music. They can take us somewhere if they want. If they don’t know where to take us, we know some cool fuckin’ places to go. And with Facebooking and Tweeting, we tell somebody else where we’re at and they come pick us up and we get in the car with them and do it again, all day leading up to this big ass house party where everybody will be [and we throw down].”

The Sidewayz desire to not only express themselves through music, but all forms of art. The group wants to collaborate with different producers, clothing designers, videographers and visual artists.