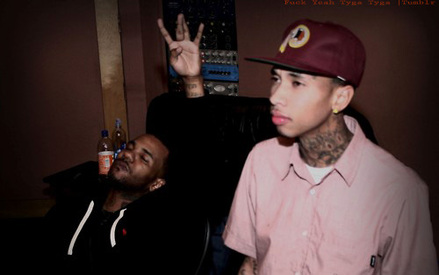 Tyga and The Game, both products of Compton, California, connected to vent their dissatisfaction with up-and-coming lyricist Lil Durk on “ChiRaq to LA.”

Over the instrumental to Nicki Minaj’s “ChiRaq,” the two throw slugs at the Chicago representative, who recently made the 2014 XXL Freshman cover. The Game, who arguably delivers the best verse out of the two, also disses his past rival 40 Glocc on the track.

Days before the diss dropped, Durk threw jabs at Tyga in his verse on the song “ChiRaq,” which was also over the instrumental to Minaj’s track. Meek Mill and Shy Glizzy dropped verses on the song as well.

Check out Tyga and The Game’s “ChiRaq to LA” below.