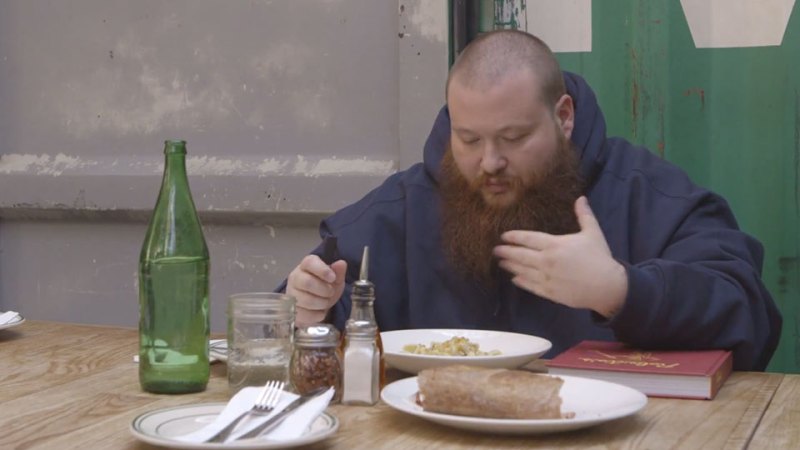 Action Bronson, a 300-plus pound lyrical genius (and former chef), recently delivered the first episode of his food-centered web series, “Fuck, That’s Delicious.” Bronson is collaborating with Vice‘s “Munchies” video channel to present the monthly installments, which will capture some of the Queens, New York rhymer’s favorite dining experiences.

In the first episode, “The Best Milkshake Ever,” Bronson visits two of his beloved spots in New York: Roberta’s Pizza and Eddie’s Sweet Shop. He also reflects on touring with Eminem in New Zealand, Australia, and South Africa, during the episode; clips of Bronson’s tour performances, swan diving off a yacht into the ocean, and enjoying international cuisine can all be seen in the 10-minute visual. Check it out below.