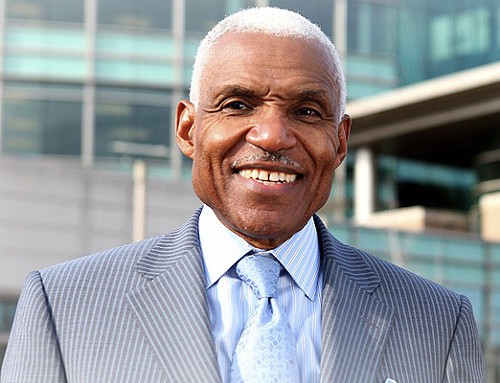 Mayor A C Wharton
Across the nation, young men of color tend to be adversely impacted by lack of resources, education, and guidance, opening the door to crime and incarceration.

But Mayor A C Wharton is hoping to offer another path for at-risk, young black men. Last week, Wharton held a press conference to announce the launch of his “Inspiring Young Men of Color” initiative.

It aims to bridge the gap of disparities in education, employment, health, and justice.

“You do not have to be a sociologist or an expert to know that we have a real challenge in our community,” Wharton said.

The program is aligned with President Barack Obama’s recently launched “My Brother’s Keeper,” a $200 million dollar national effort to improve outcomes of young black men in health, education, employment, and criminal justice by directing them to beneficial resources and mentorship.

Wharton said improving the literacy rates of young black males in Memphis is one of the initiative’s most important objectives. According to a 2011 study released by the American Educational Research Association, a student who can’t read at grade-level by third grade is four times less likely to graduate by age 19.

“Many of our young men of color are not reading proficiently, and the lack of this fundamental skill prevents them from reaching their full potential,” Wharton said. “I know from my background as a defense lawyer representing juveniles, many of the young men who ended up in trouble were basically acting out, trying to masquerade and put up a façade because of the mere fact that they could not read on a basic fifth or sixth grade level. Once [youth] figure out that they can get some positive attention by reading and expressing themselves, it has the potential to change their entire life trajectory.”

By operating year-round, Inspiring Young Men of Color is intended to touch youth in ways that the school system is not able to. Young men will be paired with mentors, books, and literacy programs at community centers in predominantly black neighborhoods.

Youth will also be educated on the importance of safe sex (Memphis has the nation’s fifth-highest proportion of residents newly infected with HIV).

“We’re crossing all boundaries,” Wharton said. “We will go to them wherever they are. It may be at a basketball game or a community center. This is why this umbrella is so big, because we are not institution-specific or site-specific. Once we get them in, we will diagnose and find out what a particular young man needs. One size does not fit all.”

Booker T. Washington senior Patrick Payne receives mentorship and is preparing to attend college. He said the Mayor’s initiative will contribute to increasing the graduation and success rates of young black men if it provides assistance earlier in their education and tracks their progress.

“They’ve got mentors, and I think that’s very helpful to carrying [young men] through high school,” Payne said. “They’re trying their best to help black, young males be successful who are trying to be successful.”