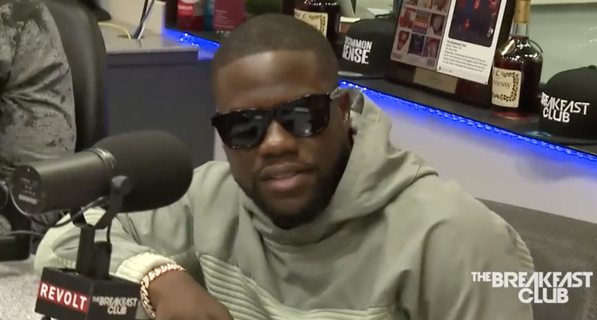 Kevin Hart’s hustle and dedication is incomparable. He’s been keeping his career lit for several years now, and it doesn’t look like the climate is changing anytime soon.

He stopped by The Breakfast Club to promote his Nike cross-training shoe and forthcoming film with Dwayne ‘The Rock’ Johnson, Central Intelligence.

During the interview, Hart also touched on his motivation for embracing a healthy lifestyle, gearing up for marriage with his fiancé, and the bittersweet world of social media.

Hart applauded DJ Khaled for using Snapchat to enhance his career, and revealed that Jay-Z’s deal with Tidal inspired him to create his own subscription network which will enable comedians to generate long-term revenue from their material.

North Philly’s very own also addressed the criticism he receives from fellow black comedians, and revealed a handful of projects he has in the works.