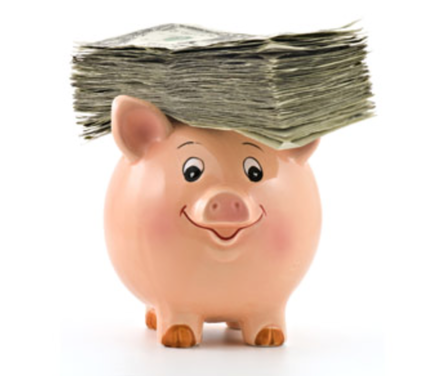 As many millennials know, saving money is often a lot easier said than done, especially when earning a starting salary. After rent, utilities, Internet, cable, groceries, and all of your other expenses have been paid, what was once a grand and exciting paycheck turns into a sad and pathetic fraction of its former self. Everyone’s been there, and it’s definitely not the greatest feeling in the world.

The thing is, though, no matter how much you earn or how many bills you have to pay, there are ways for you to start saving money. And saving is vital– you’re never too young to need a cushion of money in case of an emergency.

With all that being said, here are seven tips every millennial should use to start getting into the habit of saving money :

1. Know What You’re Working With
​
Think of this less as a tip and more as a habit you should get into right away: Keep track of your finances– create a budget. Whether you use an app, a spreadsheet, or a piece of paper crumpled up in your pocket, figure out a way to know exactly how much you’re making, how much you’re spending, and where your money is going. How much is going to set expenses? How much to food, clothes, or drinking with friends?

They say ignorance is bliss, but when it comes to your finances, it can be very dangerous.  The more aware you are of your financial situation, the less likely you are to overspend.
​
2. Don’t Feel Like You Have to Say ‘Yes’

FOMO is a very real thing. (For all you older folks, FOMO stands for “Fear of Missing Out.”) However, it is sometimes an inevitable part of learning to be more financially responsible. If you go out often, food and drinks are likely a huge money suck for you. Being able to decline an invitation or hang at home instead of hitting the town, then, is an amazing way to save money.

And it’s not just FOMO you should be aware of, either– it’s important to understand all of your money pitfalls. Are you an emotional shopper? Do you like to stay on top of all the most current tech gadgets? Whatever your Achilles’ heels are, develop strategies you can use to manage them.
If a new handbag is what it takes to make you happier after a rough day at work, for instance, figure out a more frugal way to vent that frustration. If you can’t function without a morning latte, consider finding a way to make one at home instead of buying one every morning.

4. Save Money Where You Can’t See It

Many millennials start saving money then get hit with a large expense or blow a little too much money on food, which makes them dip into their savings. This habit is a slippery slope and can be very hard to break. So, instead of saving your money in your checking account (or a savings account linked to your checking), transfer it into an account you don’t have easy access to (some bank accounts can only be withdrawn from in person, for instance).
​
In fact, one of the best ways to put money where you can’t access it is by investing. Not only will you save money by investing in, say, a mutual fund, but you’ll also grow your money at the same time. That’s a serious win-win.

Between rent, cable and Internet, electricity, phone, car, and every other bill you’re responsible for, keeping track of payments and due dates can become really difficult. But when you forget to pay one, the late fees are more than a little outrageous. If you find yourself struggling to keep track, set up automatic payments with your bank account or the providers.
​
That way, you’ll avoid late fees and save money, but you also just won’t have to stress about whether you paid that phone bill from last month.

Setting goals can be a really effective way of saving money because they give you a clear reason not to buy the jeans you’re eyeing or go bar-hopping three days per week. Make small, short-term achievable goals for yourself (like saving $75 from the next two paychecks).

7. You Aren’t Too Young to Think About Retirement

Retirement may seem far off now, but it’s never too early to start investing in a retirement fund. Think about it this way: If you start investing money when you’re 35, rather than 25, you’ll have lost out on 10 years of time for your account to gather interest. That’s worth thousands (and thousands) of dollars. Ask about your company’s 401K plan, and start dedicating a few bucks from each paycheck to it.
​
Saving money doesn’t have to mean becoming an extreme couponer or living without the creature comforts you love– just be smart about your spending and keep up with your finances. You’ll be surprised how much of a difference it makes.

#DoughboyWee explains why he considers prisons in Michigan to be “plantations,” not seeing the parole board since he’s been eligible for parole, #Parchman and more. Peep it on ahumblesoul.com ... part 3/3 #ExcuseMeLegend #AHumbleSoul
#DoughboyWee aka #ExcuseMeLegend spits an unreleased verse, and also talks about #Parchman, his friendship with @montecristo_ritchie and why he considers prison to be modern-day slavery. Peep it on the #AHumbleSoul YouTube channel #ASAP ...