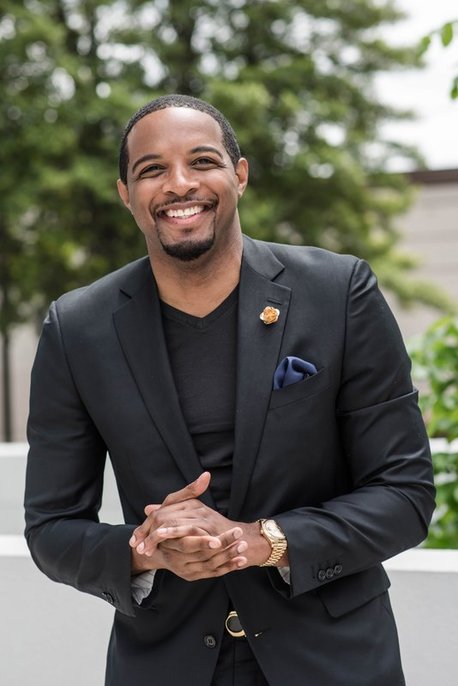 Hustler-turned-real estate mogul Jay Morrison is determined to combat gentrification and revitalize urban communities nationwide with his Tulsa Real Estate Fund. So far, more than $10 million has been invested into the effort via a crowdfund, which launched earlier this month.

For a minimum investment of $500 (which buys 10 shares of the fund), working-class people/non-accredited investors have the opportunity to become equity partners. Each investor will reportedly receive an 8% preferred return annually and 50% of profits generated from funded real estate projects.

“Tulsa Real Estate Fund is the perfect economic vehicle for the urban community to collectively pool its more than $1.3 trillion in spending power to effectively control and revitalize our neighborhoods,” said Morrison in the press release. “With the current tone in Washington, D.C., urban neighborhoods across the country will not have control of their dollars, real estate or small businesses for the foreseeable future. As a result, urban neighborhoods [nationwide] are being redeveloped by individuals who do not have the best interests of the community in mind, which often leads to the displacement of longtime residents due to increased property values, thus making the cost of housing in our communities unaffordable.”

Morrison’s goal with the crowdfund — a Regulation A+ Tier II offering — is to raise $50 million in equity capital. Funding will be used to implement redevelopment projects in economically depressed areas across the country. Efforts being considered include “single family, multi-family, commercial, and agricultural projects,” according to the release. (See video above)

Judging from the name, the average person could assume the Tulsa Real Estate Fund is an Oklahoma-based initiative. Though that’s not the case, there is a subtle connection.

The fund’s title pays homage to the historical Greenwood neighborhood in Tulsa, Oklahoma, also known as “Black Wall Street.” The area, which boasted a plethora of black-owned homes and successful businesses during the early 20th century, was bombed and massacred by white rioters. The unfortunate event left scores of black people dead, homeless and unemployed.

With the Tulsa Real Estate Fund, Morrison hopes to reestablish the same type of black economic empowerment that thrived in Tulsa decades ago, but on a larger scale.

“Historically, non-accredited investors have been left on the sidelines for many investment opportunities such as initial public offerings (IPOs) and venture capital,” said Morrison. “Regulation A+ opens the door to these investment opportunities, which will, in effect, allow Black Wall Street to thrive once again, but in more urban communities around the country.”