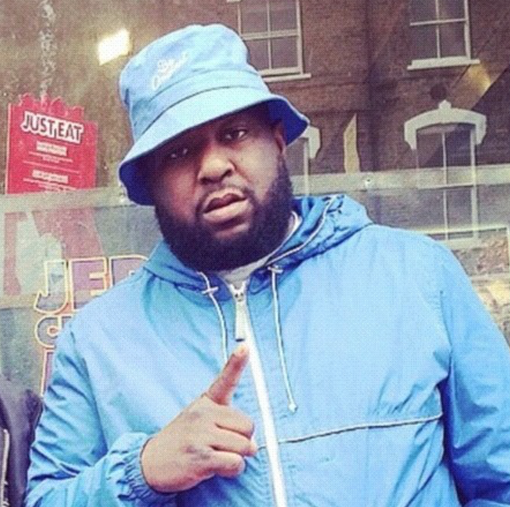 It’s crazy how unpredictable life is. I guess that’s also the beauty of it.

With that being said, it’s important for us to live every day to the fullest, cherish every moment we have on earth.

Though I never knew The Jacka, judging from my conversations with people who were close to him, I’m confident that he enjoyed life. Needless to say, his death was a major blow to both the Bay Area and the rap game. But because of the foundation he laid, the artists he provided platforms and people he impacted globally, Jacka’s name will live on.

There’s probably around a dozen or so artists I got hip to from listening to Jacka’s music, and I’ve had the pleasure of chopping it up with several of them over the years. Every one of them had something positive to say about Jacka, which speaks volumes to his character.

In memory of Jacka, I decided to highlight a few of their comments about the Bay Area legend. Check them out below.

I was just in the lab fuckin’ around. I had a couple of my partners in there. I found the sample; RobLo came in there and plugged me in. Rob played the bassline on that mufucka. One of my partners was rapping on that. Jack wasn’t even in there. Then Jack walked in. He gave me a look, like, ‘Boy, cut that shit off. This is ain’t even for them.’ Out of nowhere, hella fast, he started saying the hook. ‘Sellin’ dope is cool, but rap is on my mind.’ He started doing that, and then after that it was locked in. We knocked niggas off the song, and Jack ran with it. Rob was doing everything — Hus, Jack, Mob Figaz. Anything that came to the studio, Rob was touching. I had my two little hands on a few things. When Jack heard my one or two things, he would actually take that shit. He wouldn’t let that shit linger around. He put me on. He put a big battery in my back.”

Carey Stacks on being the most featured artist on Jacka’s final album, What Happened to the World:

Every day, he’d be in my house with me. He would be up here doing work with people, and have them drop him off to my house when they were done. I’d hear a hard ass knock on the door — 5, 4 o’ clock in the morning. Boom! Boom! Boom! ‘I’m home!’ He’d always say that. ‘The bull is home!’ That’s when we started being together like that. We would be up all night, so we would record five or six songs a day. But it would be nothing because we would be chilling, doing what we do anyway. We would be like, ‘Fuck it. Let’s put the mic on. Let’s find a beat.’
​
“I definitely wasn’t expecting to be on that many songs on What Happened to the World. One of the last conversations me and him had, I got a screenshot of the text message on my Instagram. I said, ‘Thanks for putting me on that album, bruh. I appreciate it.’ He said, ‘Man, I did that because you deserve it. You deserve a shot.’ That was basically a jump-start. Even though I had albums out already, that kind of exposed me worldwide. Jack was worldwide. They loved him in the U.K., Africa.”

He was like an angel, bro. He would give you the shirt off his back, bro. Before his money was spent, he would make sure you were good. Even if he just met you, if he saw signs of struggle, he would try to help. It ain’t too many people like that. He’d put you on. I’ve watched him numerous times say, ‘Here, bro. You can take all of this. Don’t worry about it. I’ll get some more.’ He was a very giving person.”​

Street Knowledge on Jacka stamping him in the rap game:

He said, ‘If you don’t know Street Knowledge, kill yaself.’ And he’s the only one with power enough to say that and a fan go, ‘Well, I don’t know that nigga, but let me know that nigga.’ Jack is like a Pac to me because of the timeline. A lot of the lil’ niggas that’s around right now, they don’t even know about Tupac, but they know The Jacka. They know big bro. All them niggas had they time, and big bro had his. Right now, he’s the king.”

J. Stalin on Jacka helping him gain exposure during the early stages of his career:

Jacka is one of those people that helped me when I was nobody. I will always be indebted to Jacka. I love Jacka. That’s my nig. I’ll forever be in appreciation to him, Keak da Sneak, Mistah Fab. All of them helped me a lot before I was anybody. I owe them a lot. They put their hand out and reached out to me when I was a nobody.”